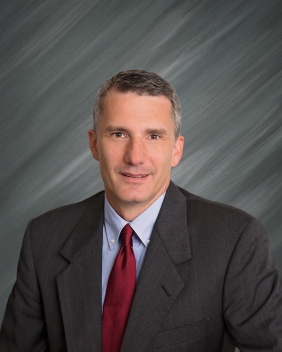 Vinton County National Bank is pleased to announce that Mark Erslan has been named by the Board of Directors to replace Ron Collins in anticipation of Collins’ 2019 retirement. Collins has served Community Bancshares, Inc., the bank’s holding company, for over twenty years. This included nine years as president of First Bremen Bank and nine years as president of VCNB.

Erslan began his career with VCNB in 1992 after graduating from University of Rio Grande with a degree in Business Management. His first position with the bank was Management Trainee in the Operations Department. The following year, he requested a position interacting with customers and was entrusted with a Branch Manager position in the bank’s new Ross County market. Since then, Erslan has held various roles within the bank including Consumer Lender, Vice President of Lending and, most recently, Executive Vice President Head of Lending.

He is optimistic about the bank’s future and indicated he plans to continue following the bank’s current growth strategy. “We look forward to steady growth in the communities we serve by continuing to provide our customers with excellent in-person service while embracing new technology to provide additional conveniences on-line,” Erslan said.

“I am eager for the opportunity to lead the bank in this position. In my 26 years with VCNB, the past presidents have played a significant role in my development and I hope to pass that along to the next generation of bankers,” he continued.

Collins will help with the transition by continuing as CEO through 2019. He also plans to remain on the Board of Directors.  “It was a pleasure and honor to lead this organization and be able to work with such dedicated people.  I am pleased that Mark will be our new president. Over the years he has demonstrated his commitment to our bank, our customers and the great communities we serve,” Collins said. 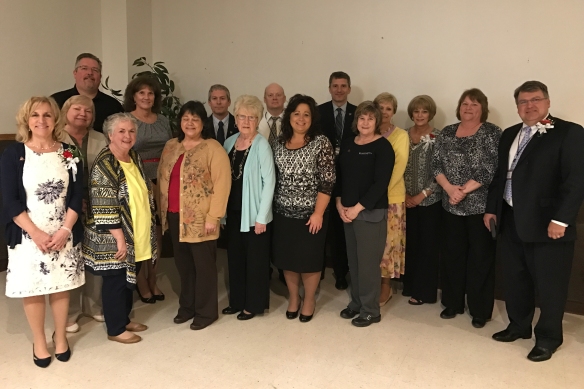 Chairman Thomas D. Will, welcomed shareholders and their guests and reflected on the bank’s long, storied past as well as its promising future. He noted that VCNB is the seventh oldest bank chartered in Ohio and the 22nd largest bank in the state.

Will is a fifth generation banker whose ancestor Daniel Will founded the bank in McArthur, Ohio. He discussed some of the values and the people that have helped the bank evolve and grow over time to not only survive the decades but to thrive through the ages. “I sometimes wonder what Uncle Dan would have thought about the bank today but I hope he would be pleased that we have stayed strong and profitable,” Will said.

He then turned the gavel over to CBI Secretary/Treasurer Ben Crow who informed shareholders that total assets grew 1.7 percent in 2016 to $883.5 million. The book value of CBI stocks is $76.65 per share, an increase of 3.12 percent.

Vinton County National Bank President, Ronald Collins presented the state of the bank and introduced three major goals for the bank in 2017. Those goals are to embrace change, to take advantage of technology and to listen to the customer. “The bank of the future will not be decided in the board room, it will be decided by our customers,” Collins said.

Collins also recognized the bank’s second president, Aaron Will, for hiring the bank’s first female employee in 1925, years before most other banks were employing women. Belle Jenkins went on to become Vice President, to serve on the Board of Directors and to be employed by the bank for 55 years. He noted that Jenkins had paved the way for countless women at VCNB and said that among 221 employees at VCNB, 167 are women.

He noted that there were countless people over the decades who helped make the bank the strong institution that it is today and led a moment of silence for all those who came before and who could not attend that night.

Vinton County National Bank is celebrating their 150 year anniversary throughout 2017 with special events, a new museum in their McArthur office and other activities. Learn more here or follow the bank on Facebook.

The role of family and community was the theme of the Community Bancshares, Inc. (CBI) annual meeting on Tuesday evening. Shareholders attending the meeting enjoyed a family style feast and received positive reports from CBI and Vinton County National Bank.

Chairman Thomas D. Will welcomed shareholders and their guests, informing them that 2014 was a year of growth. “Last year, at this meeting we spoke about the need for more growth. With the addition of the four offices of the Citizens Bank of Ashville we certainly did grow.   We now have a strong presence in Pickaway County and a good start in Grove City,” Will said. “This new expanded market area gives us plenty of opportunity to grow in the future.”

Will also welcomed the new Ashville customers to the VCNB Financial Family and went on to describe evolving customer expectations in the banking industry and measures CBI and VCNB are taking in 2015 to meet and exceed those demands.

He then turned the gavel over to CBI Secretary/Treasurer Ben Crow who informed shareholders that total assets grew 12.5 percent in 2014 to $844.4 million. The book value of CBI stocks is $70.29 per share, an increase of 2.9 percent.

Vinton County National Bank President, Ronald Collins presented the state of the bank and outlined goals for the coming year. Among the goals, Collins said the bank plans to improve performance in all seventeen existing offices while maintaining the identity of a hometown community bank. “It’s very important to keep the hometown image. It’s easy to say but hard to do,” Collins said. “We want to be a good corporate citizen and to be a good neighbor.”

Thomas D. Will, Chairman of Community Bancshares, Inc. and its principal subsidiary Vinton County National Bank, announced that the acquisition of The Citizens Bank of Ashville, Ashville, Ohio, was completed effective at the close of business on Friday November 14, 2014. The Ashville, Circleville, Grove City and Commercial Point offices of The Citizens Bank of Ashville have become branches of Vinton County National Bank (VCNB). 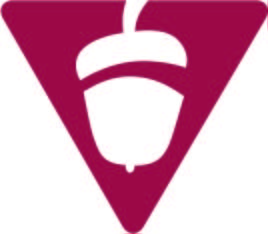 Will said he is pleased the transaction is complete and is eager to welcome the employees and customers of Citizens to the VCNB family. “We are very pleased that we have completed our transaction with The Citizens Bank of Ashville. We appreciate the efforts put forth by the officers, employees and board members at Citizens to help facilitate the transaction and we look forward to continuing to serve the communities that have been served by Citizens,” he said.

Founded in 1867, VCNB is a community bank that takes pride in adopting community identities everywhere they do business. The Ashville, Circleville and Commercial Point offices will operate under the name Pickaway County Banking Center. The Grove City office will be called Franklin County Banking Center. VCNB is known for lending community support and for substantial volunteerism efforts among employees. Will indicated that employees in the new offices are eager to adopt this VCNB spirit.

Under terms of the agreement, CBI will pay $40.00 per share in cash for all of the outstanding shares of Citizens Bank. The aggregate deal value of $12.2 million represents 141 percent of Citizens Bank’s tangible book value per share as of March 31, 2014.

Citizens Bank, with total assets of approximately $105 million as of March 31, 2014 and total equity of $8.7 million, operates three offices in Pickaway County and one in Franklin County, Ohio. Vinton County National Bank operates 13 branches in seven counties situated in the central and southeast regions of Ohio. As of March 31, 2014, Vinton County National Bank reported $765 million in total assets and $89 million in total shareholders’ equity.

Michael J. Lamping, President and CEO of Citizens Bank, said, “We are excited and fortunate to be joining with one of the oldest and most successful community bank franchises in Ohio. Once the merger is completed our business and consumer banking customers will have immediate access to a broader array of deposit and loan products, substantially more locations and state-of-the-art technology-based banking services. The combined companies will extend from Columbus, south along the U.S. 23 and U.S. 33 corridors, creating an attractive market area with many future opportunities,” Lamping added. “CBI is very committed to the Pickaway County market as their strategy includes active community involvement. Citizens’ four offices will continue as community banking centers and Citizens will have representation on the CBI Board of Directors.”

The transaction is expected to close by year-end 2014, subject to regulatory and shareholder approvals.

Shareholders attending the annual meeting of Community Bancshares, Inc. on Tuesday, April 1 learned that their investment yielded a total return of 8.58 % in 2013. Approximately 135 shareholders attended the dinner meeting held at the Eagles Events Center.

Chairman Thomas D. Will welcomed shareholders and their guests, informing them that 2013 was a strong year and discussing the need to keep up with the needs and demands of customers to insure continued growth. “We will continue to add new products our customers demand and, if we’re going to attract the younger generation, we need a strong internet channel,” he said. “If there’s a better way to deliver services to our customers we want to know about it,” Will explained.

Vinton County National Bank President, Ronald Collins presented the state of the bank and outlined goals for the coming year.He credited Head of Lending Mark Erslan and his staff for making 2013 a successful year and discussed the release of a new logo meant to unify the bank’s 13 locations. “We spent a lot of time branding our individual hometown branches. Now we need to tie them together,” he explained. Collins went on to inform shareholders that 2014 objectives include actively pursuing acquisitions, improving market share in our current branch network and expanding online banking.

Erslan went on to present achievement awards to several Loan Officers and New Account Representatives for their outstanding job performance in 2013. He recognized them individually, informing shareholders of their length of service with the bank and why they are each an asset to the organization. Retail Accounts Vice President Monica Delong gave a brief presentation on Online Banking and the various products and services the bank currently offers.

Many people know Crownover for her involvement in the local timber industry and for her love of race horses but she has also been a valued member of the board throughout the bank’s growth.

Crownover joined the VCNB board in January 1984 and the CBI Board in March of that year.  “The growth of the bank was just amazing over the years. Incredible, really,” she said.

Among other things, she has been involved in the board’s Audit Committee since 1984. She noted how much the audit report has changed and how complicated it has become compared to when she started.

About board service, Crownover noted “It’s been a good relationship.Everyone has been good to work with and to see the amazing progress the bank has made has been interesting.”