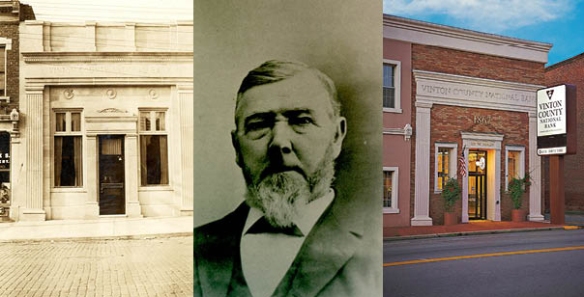 Our bank began when two banks opened in McArthur, Ohio in 1867. The first was The Vinton County Bank while the other was Will, Brown and Company. The two banks merged the following year and Daniel Will, the founder of Will Brown and company became President of the newly consolidated bank.

That’s how our story began 152 years ago.

Daniel owned stores in McArthur and Zaleski and was very much a merchant at heart. He saw that his customers needed a safe place to keep their money and a trustworthy lender to borrow money from. These principles of security and trust are what Daniel Will built his bank on and they are the same principles that we strive to follow all these years later.

Over the decades, members of Daniel Will’s family have maintained involvement in the bank and today continue to be employed and hold positions of leadership in this historic institution.

Some of our customers belong to families that have banked with us since we opened our doors in 1867. Many more have been with us for several generations while others are new to the bank. No matter their background, we love our customers. We also love and appreciate our communities, always looking for ways that we can help.