Tarlton native Jack Pine poses with some of his creations at his studio near Laurelville.

Jack Pine’s signature piece is the pumpkin which he, and artists he trains, create in all shapes, colors and sizes.

When Jack Pine was a young man, he set out on a cross country road trip in search of adventure.  He landed in Seattle with $200 in his pocket and a pet ferret at his side – only to find that the real adventure had just begun.  Today, the renowned glass blower is honing his artistry in the Hocking Hills, bringing his life story full circle just a few miles from where it began.

Today, Jack Pine is known for his blown glass pumpkins and other delectable pieces of finely crafted art but his roots are quite humble. His studio sits off the St. Rt. 180, on a wooded lot close to Rock House, one of the Hocking Hills State Park’s most popular destinations. Here Jack and artists he trains create glass art that is sold and shipped nationwide. Visitors are welcome to stop by for a glass blowing demonstration or to shop in the retail store.

The artist is a self-described country boy whose roots run deep in Hocking County. He described growing up in Tarlton as one of the best things that could happen to him. “I wouldn’t trade my childhood in Tarlton for anything,” he said while describing small town life with his two pet ducks, a town full of people he knew and parents who brought art into his life.

Both parents were artists in their own right – his dad was a DuPont factory worker who engaged in artistic pursuits including inventing while his mother was a talented painter and sculptor.

The 1983 Logan Elm High School graduate describes himself as a quiet, creative kid who was sometimes a target for bullies. A scholarship to the Columbus College of Art and Design offered opportunity to follow his lifelong passion for art but he still lacked funds to pay for his full education. So he did a stint in the Army which he calls “life changing.”

“The Army equalizes everyone. It strips away your previous identify and makes you all the same. For me, that pulled me up,” he said. “I had always been quiet and reserved so it brought me out of my shell.”

He came home to college after being stationed in Germany for a couple of years. “I didn’t actually graduate. I ran out of money for school and I wanted an adventure.” 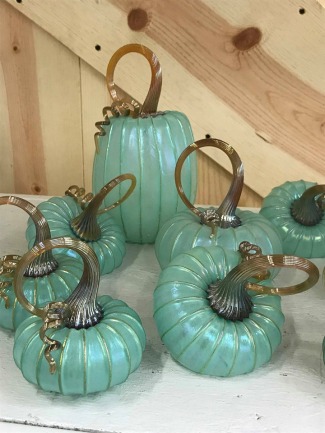 His destination was Seattle where the art scene was like mecca for glass thanks to artists like Dale Chihuly who co-founded the nearby Pilchuck Glass School.  So he pointed his Ford Escort west, car camping and visiting an aunt in Colorado along the way. The stories of this meandering journey past the Grand Canyon and up the west coast are captivating as are his stories of breaking into the glass scene.

He was actually homeless for a short time before taking a job in a grungy store that “sold gas, sandwiches and not much else.”  Here Jack became friendly with a customer who took an interest in the young and connected him with a glass blower who needed help. Jack fudged his way through an interview to become an apprentice at Mt. St. Helens Glassworks which used ash from the eruption of Mt. St. Helens to create hand blown pieces like kerosene lamps. “They quickly figured out that I had no idea what I was doing,” he laughed. “But they could see I was hungry to learn and agreed to teach me. I was super enthusiastic to learn.”

While he had no trained experience in glass blowing, he has long been fascinated with fire. In fact, he recalls childhood campfires where he enjoyed watching glass bottles thrown in the fire transform in the heat. “I’m a bit of a pyro,” he exclaimed.

Jack’s career has taken many twists and turns since those early days at Mt. St. Helens. Most notably, he landed at a studio in Boulder, Colorado where he began to fine tune and experiment with his craft. “I don’t mind making the same piece all day every day. That’s how you learn to finesse the materials and I love that. I love the constant state of learning,” he said.

It was here that a friend asked him to create a glass pumpkin, an innocent request turned life changing opportunity. “I made a pumpkin with a glass stem and realized I could sell them at the Pumpkin Show.”

He arranged with his employer to use their workspace in his down time to create a trailer full of pumpkins he could haul home to the Pumpkin Show. “It was a gamble but I sold every last piece and knew I had something,” he said. He returned home to Colorado and began preparing for next year’s festival, beginning a tradition that has continued ever since.

For a period in the nineties, Jack took on a couple of different business partners, learning more about the business side of the art world. “I really don’t like that side of what I do,” he frowned while discussing problems he encountered as an artist partnering with investors.

He eventually came home to Ohio, setting up shop in a warehouse in the Short North Arts District of Columbus. He also began traveling the country, doing shows and developing a wholesale business that allows art lovers to find his work in stores like museum gift shops across the country.

While he was happy to be back in Ohio, Jack still longed to come home to the country. “I’m a country boy at heart,” he said. “I spent most of my childhood outdoors so I really don’t belong in the city.” When he located the property that is now his studio, he could see potential to do great things. “I’ve spent my life telling people about the beauty of the Hocking Hills. To be able to come home and create an attraction in an area that I love is a dream come true,” he said.

The studio, opened in December 2017, is about a mile and a half from Rock House and six miles from Laurelville. Most of their visitors seem to be tourists seeking adventure or maybe just some R&R while in the Hocking Hills. However, he invites locals to stop by as well. They do daily demonstrations for guests and a retail shop is available to purchase pieces as well.

They also offer introductory workshops where students can learn the basics of glass blowing and make a piece with the aid of a master craftsman.  Plans are underway to make improvements to the property and for the creation of a school where budding artists can learn or improve their glass blowing skills.

Jack likes giving back to the community too. Last year they hosted a Summer Solstice Festival where proceeds benefits Sparrow House in South Perry. They plan to host the event again this year and to gift the proceeds to the Laurelville Fire Department. It will feature live music, food, kids’ activities and artists selling their work.

Visit Jack Pine Studio at 21397 Ohio 180, Laurelville or call 740.332.2223. Click here to visit them online  or on Facebook. Want to know more about the Summer Solstice Festival? They will post information on their Facebook page closer to event time!